India holds incredible potential for generating electricity through clean sources like solar. Indeed, dating back to 1961, the prospect of solar power was first brought up and arguably signified India’s drive to reduce its carbon footprint. Since then, scores of solar homes projects have been well underway, including 2010’s Jawaharlal Nehru National Solar Mission, launched by the Indian government as one of eight clean energy “missions”.

Since the government’s 2010 solar initiative began, 60 cities across India have been chosen for “solarisation”. The hope for the project is to decrease the demand for fossil fuels while motivating local governments to adopt renewable energy technologies and other energy efficiency measures. This investment in local capacity ensures a reduction in carbon emissions that benefits people in the process.

While the cost of solar still creates some uncertainty, some states are taking a proactive approach. In India’s southern state of Kerala, the state government launched a solar rooftop programme – The Soura project – earlier in the year. The authorities hope that this will encourage more widespread adoption. But as Kerala is one of India’s most densely populated states, land for large solar grids isn’t an option. Rooftops, though, are in ample supply.

Already in Kerala, thanks to an earlier initiative, 20,000 homes have access to rooftop solar. The Soura project aims to add 75,000 more to create 350 MW of power to the state’s grid. According to the Kerala State Electricity Board, this will supply Kerala with about 10% of its electricity needs.

The solar model taken by Kerala shines in comparison to the federal government’s model. In Kerala, the cost of solar panel installation is shared between households and the state. Through this, the home is given power generated in proportion to their share in the installation cost.

As a whole, the Soura Project aims to turn people’s homes into what they are calling “mini-power stations”. Arguably, this ground-up approach empowers individuals to make decisions based on their circumstances. The state electricity board agrees.

“We have streamlined this project, ensuring that ordinary people will benefit,” said A. Nasarudeen, a project leader at the KSEB, in an interview with Aljazeera. “Their houses will be mini-solar power stations. By exploring solar energy, they can be self-reliant in their electricity needs.”

And locals like Govindan Satheeshan agree, after receiving electricity bills of Rs 15,000, converted to solar to save money. His bills have dropped to almost zero since.

“People are still doubtful about the feasibility of rooftop solar panels. If anyone is interested or sceptical, they are welcome to visit my home, and I will clarify the benefits,” said Satheeshan.

Enabling people to experience the benefits of solar and become self-reliant with their energy needs makes sense economically and environmentally. Like those in Kerala, the initiatives create space for the state to generate more power for the grid using renewables while lowering costs for households. As long as individuals and companies have access to information, subsidies, and resources, things can only get better.

Even in coal mining dependent states such as Jharkhand, rooftop solar panels are going up in towns like Manganpur. This was in response to battle the constant blackouts affecting small business owners working from home.

Before their rooftop solar panels, local tailors working from their homes like Reuajudin Ansari and Kaniz Fatima depended on unreliable power from the grid, which dictated their working hours.

They had said that the power would cut out for three to four hours every day before the solar panels went up. This limited their earnings to around Rs 150 per day. Since the solar panels have gone up, the couple now earns Rs 250 a day, with an uninterrupted power supply.

Initially, the Rs 15,000, or USD 200, solar panel installation cost for the couple was supported by the Selco Foundation, a sustainable energy company, and Agragati, a local NGO. When Ansara and Fatima’s lights were powering the home, crowds gathered outside and were astonished. This led to 50 more panels being installed across the community.

These small initiatives could have huge implications on micro-entrepreneurs across India who are in traditionally disadvantaged areas regarding energy access, as state grids are not up to scratch. The decentralised scale of adoption in states like Jharkhand and Kerala is an indication of individuals driving change. One individual is India’s “Solar Man”, Santipada Gon Choudahari.

“I was appalled to see how local communities were living in darkness after sunset. Some used kerosene lamps, but even kerosene was not always easy to get. Since I had the skill and position to try and provide power to them, it made me act,” said Choudahari in an interview with Reuters.

Today, Chaudahari has enabled support for over 100 homes and businesses with rooftop solar energy.

The rapid spread of solar power across India has transformed the concept from just “having the lights on” to empowering people to reduce their carbon emissions. The question now is, how can this momentum speed up to make the transition positively affect a wider group of people across India. Creating access to rooftop solar will provide agency, boost productivity, and vastly reduce fossil fuel dependency across India, driven by self-reliance.

Stacey H. is an environmental and social specialist with 12 years of experience working across Southeast Asia. She is passionate about climate action, community empowerment, and sustainability leadership. . 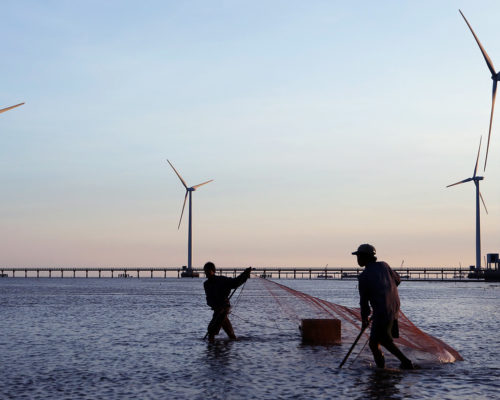