Although Japan has announced to achieve carbon neutrality by 2050, the world’s fifth-highest carbon emitter continues its coal investments. Acknowledging the potential of green energy for economic growth, the island nation aims to generate around 50% electricity from renewables, 10% from hydrogen and ammonia, and further up to 40% from nuclear and thermal power plants.

However, Japan still largely relies on imported fossil fuel. In 2019, it accounted for 88% of the total primary energy supply, a newly released report of the International Energy Agency (IEA) states. This was the sixth-highest share among IEA member countries. Moreover, the country also invests heavily through its banks, financial institutions, and insurance companies in overseas coal-based power plants.

Globally after the US, Japan’s investors are the second biggest lenders to the fossil fuel industry, a collaborative research report published this February by the German non-governmental organization Urgewald and 28 further partners found.

“The coal policies adopted by Japanese banks are among the weakest in the world”, said Eri Watanabe from 350.org Japan, which supported the Urgewald study. “They only cover a small portion of banks’ lending and do not rule out corporate loans or underwriting for companies that are still building new coal plants in Japan, Vietnam, the Philippines, and elsewhere.”

However, the Mizuho bank rebuffed the report. The figures used by the NGOs did “not reflect the reality” and were “inaccurate and inappropriate”, it stated. At the same time, it admitted to channeling funds to coal-based power projects: “Mizuho does not provide financing or investment for new construction of coal-fired power generation facilities or for coal mining projects employing the mountain top removal method.”

Likewise, even the Japanese insurance companies in their policies present themselves as the promoter of green energy and claim to support sustainability for climate change. However, the research and advocacy NGO Japan Center for a Sustainable Environment and Society (JCSES) said that it is inevitable to strengthen these policies, as they all include a wide range of exceptions.

“In principle, we will not provide insurance for, nor make investments in new coal-fired power plants,” the Japanese insurance MS&AD stated in September 2020 shortly after the government started its dialogue on the 2050 climate neutrality. They however would do so “after prudent consideration” where such utilities “are essential for the stable supply of energy to the country concerned”.

Similarly, the two competitors SOMPO Holdings (SOMPO) and Tokio Marine Holdings (Tokio Marine) declared their commitment to reduce or eliminate greenhouse gas emissions. Voicing against these exceptions, the JCSES activists urge these insurance conglomerates to withdraw from their coal engagements. Also, they ask to restrict their fossil fuel investments in other industries.

While countries across the world are shifting quickly towards clean energy, Japan largest banks are engaged with some of the biggest coal power plants projects in Bangladesh, Vietnam, Indonesia and other parts of Asia.

The Japan Bank for International Cooperation (JBIC) has earlier signed a loan agreement with the Vietnamese thermal power company VAPCO to build Vung Ang 2 coal-fired power plant. It pledged to co-finance the 1,200-megawatt project with approximately USD $636 million. The other large-scale project financed by Japanese banks is Bangladesh’s 1200-megawatt Matarbari power plant, which has seen USD $6.8 billion investments from the island country. However, it may not see its commissioning by 2026 as the project “is likely to be scrapped”, according to Bangladesh’s Daily Sun. The newspaper reported that the country was looking to cancel planned coal-fired power plants with a total capacity of 7,461 megawatts.

In 2019, Greenpeace not only raised serious questions over Japan’s coal investments but also about the cheap and insecure infrastructure of the installed utilities. The report spoke of “a deadly double standard”. Accordingly, Japan financed coal-fired power plants abroad “that create air pollution at levels that would not be accepted in its own country”. Most of these projects employed emission control techniques far inferior to those required at home.

As the effects of climate change are getting more visible to the world, many countries have started looking at renewable energies such as solar, wind, hydro and bio-gas. Not only are these energy sources more viable in the long run but adopting them is directly related to the health and safety of the citizens. With many countries announcing to scrap their proposed coal-fired power plants, it is more logical for Japanese financial institutions to support clean energy projects. 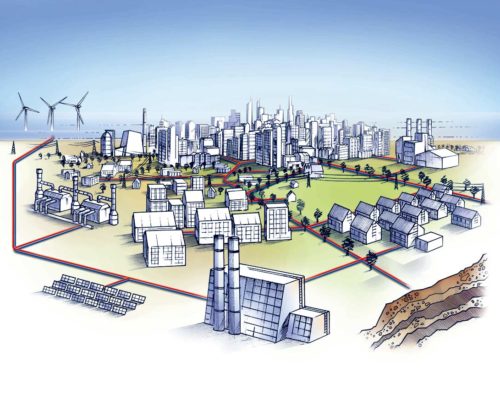