Gas to coal to gas again – this sums up Bangladesh’s trajectory on the energy front for the last two decades and, as it looks more likely, for the foreseeable future as well. Unfortunately, the direction of this journey isn’t towards the goals of the Paris Agreement. Just the opposite – the transition from coal to gas in Bangladesh threatens to destabilize the net-zero future of the country. Furthermore, it goes against economic and environmental reasoning and public interest, making it a step in the wrong direction. However, Bangladesh can still make the right choice and embrace a future of renewable energy.

The population of Bangladesh has been growing by a little over 1% per year for the last decade. Its flourishing economy ranks in the 6th position globally (and 1st in Asia), with GDP growth of 8.2% in 2019. The natural result of those trends is a rapidly increasing electricity demand.

The country has an existing 8.75 GW LNG-to-power pipeline, with additional capacity currently under development. However, according to experts, the government’s policy prioritizes LNG imports and curtails domestic production.

Since it started importing LNG in 2018, Bangladesh has been among the fastest-growing LNG markets globally.

Going forward, not only the country plans to continue relying on LNG to meet its energy needs, but it will double the imports. While many paint gas’ increasing share in the total energy mix as a step in the right direction, due to being at the expense of coal, the reality is a bit different.

Similar to the case of Vietnam, Bangladesh is also becoming a victim of misleading LNG narratives.

There is a widespread assumption that LNG is a good transitional fuel that can serve as a bridge between the dying coal industry and renewable energy.

However, the whole idea of needing transitional fuel to move away from coal is controversial on several fronts, including:

There is no time for this

If we are to honour the Paris Agreement goals, we have to decarbonize the planet in less than 30 years. Simply put, considering our current progress, it will be challenging, if not unrealistic.

“The net-zero targets mean there isn’t time for gas as a bridge fuel; it’s easier to replace coal globally with renewables. Gas is now on a similar downward trajectory to coal, just a little bit lagged.”

According to experts, to hit the targets, the world would need an eightfold increase in the annual renewable energy share growth. Clean energy power generation capacity will have to grow from over 2 500 GW today to 27 500 GW by 2050, or a growth of 840 GW per year (a four-fold increase of the current annual capacity).

The lesser evil is still an evil

Several local media statements claim that LNG is an essential part of Bangladesh’s clean energy journey. While LNG is, indeed, cleaner than coal, it is still a fossil fuel. And a pretty harmful one too.

Gas is almost entirely made up of methane, a much more damaging greenhouse gas than carbon dioxide (CO2). It is a highly polluting source of energy that actively contributes to climate change. According to some, leaky LNG is an even bigger threat than coal and isn’t sufficient to limit the rise in global temperatures to the 1.5°C targets.

If Bangladesh’s only two options were LNG and coal, promoting the former would have been the right choice. Considering that we have a much cleaner and affordable energy source in the face of renewables, however, means there is no point in pursuing LNG as a transitional fuel.

With the natural gas industry being one of the primary emitters of methane, Bangladesh would self-increase its emissions considerably, distancing itself even further from its Paris Agreement commitments.

A threat to the energy independence of Bangladesh

The more optimistic industry estimations project that Bangladesh’s existing gas reserves will run out by 2038 without new exploration and discovery. Others think the time frame is much shorter. No matter when would this happen, once it does, Bangladesh will have to start relying on 100% of its supply from imports.

Bangladesh had already made that mistake once when the cost of coal imports proved too expensive, and it had to move away.

It isn’t any different this time. The price of gas is much more volatile than that of coal. Between April 2020 and January 2021, LNG prices increased 18x, and Bangladesh had to cancel imports because they were too expensive. Commodity prices jumped over 1,000% between April 2020 and January 2021, jeopardizing USD 50b worth of projects in Bangladesh, Pakistan, and Vietnam.

Despite the plummeted demand during the COVID-strangled 2020, Bangladesh continued to import LNG to fulfil its contractual obligations with supplying countries. Officials cited by the local TBS News admitted that the government was paying almost three times the price for LNG than its international value at the time. New deals for LNG imports continue to date.

The high LNG prices on global markets directly affect the end-user in the country. The effect is even expected to worsen further due to the nation’s overcapacity problem.

Renewable Energy as the Better Alternative

IEEFA concludes that renewables are cheaper and more sustainable than gas imports. They are also capable of providing better energy security in developing nations. As a result, using LNG as a transitional fuel is a needless diversion from the net-zero goal. Instead of switching from coal to gas, Bangladesh can make a transition to renewables right away.

LNG and Coal Based Power Plants Need to Go

According to Green America, investing in a transition fuel is a “dead end.” The money spent on natural gas power facilities and infrastructure takes decades to recuperate. The plants built would have to be used for their entire lifetimes, further delaying the switch to renewables. Simply put, investing in natural gas doesn’t incentivize a renewable energy transition.

From the sidelines, it looks like the country has only one viable path – to abandon the idea of LNG as a transitional fuel and to switch to renewables directly. Such a move would indicate that local decision-makers are thinking long-term by cleaning up overcapacity problems and investing in sustainability – something vital for a country with high growth ambitions but sensitivity to prices. 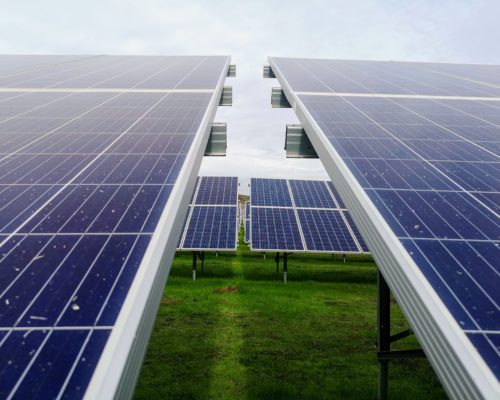