Five years had passed since the signing of the Paris Agreement. This is a long enough period to reveal where we stand in the journey towards net-zero emissions. Despite all the carbon-neutrality commitments on the corporate and national stage, today, the net-zero by 2050 target looks increasingly opportunistic. Yet, achieving it should be the number one goal of every country.

According to the U.N. climate science panel, it is the main way to try to avoid the worst impacts of climate change. If we fail to meet the net-zero emissions goals, the disruption to economies, societies, and people caused by COVID-19 will pale in comparison to what the climate crisis holds in store.

Where Does the World Stand on Its Net-Zero Targets?

The number of countries pledging to net-zero emissions continues to grow. What is more important, however, is the stage of each country’s net-zero goal. According to the Energy & Climate Intelligence Unit, as of 2021, only six countries have targets laid in their policies. The EU has proposed legislation, while 20 other countries are at the stage of in-policy documentation.

That said, 98 countries have targets under discussion. The figures from the World Resource Institute are slightly different but still in line with the overall trend among national policies.

To get the real perspective, we should shift the focus from quantity to quality. To do that, we should deep-dive into the country-specific policies and their coverage.

Currently, national net-zero emissions targets lack harmonization among each other in many aspects. These include their measurement, time frame, and scope as some concern, all greenhouse gas emissions, while others just CO2.

Furthermore, some analysts describe a major part of the current national net-zero targets as “vague”. Others suggest that many governments tailor climate policy to maximize their public trust. Besides, it is worth noting that the targets aren’t compulsory. In fact, countries can change, re-submit, or entirely ignore their NDCs with no sanctions involved.

For net-zero targets to be credible, however, they first have to be meaningful.

Estimations by the International Energy Association (IEA) conclude that, if countries stick to the voluntary contributions they have announced and don’t increase their efforts, the world is heading to a scenario of over 2˚C warming by 2100.

According to the Executive Director of IEA, while the pathway to net-zero emissions by 2050 remains “narrow,” it is achievable if governments act immediately. The suggested measures on a national scale include creating credible short-term and long-term step-by-step roadmaps for achieving the net-zero goals laid in their current plans.

According to history, the short answer is no. In 1992, 165 countries signed the UN’s Framework Convention on Climate Change. The aim was to stabilize greenhouse gas concentrations and prevent dangerous human interference with the climate and control global warming. Despite all the commitments and efforts from participating countries, the global CO2 emissions had risen 60% ever since.

While they are all excellent points to start with, the reality is commitments, pledges, conventions, and partial actions aren’t enough when pursuing the ambitious goal to decarbonize the world in less than three decades.

While global commitments and actions are growing on both the national and corporate level, they continue to fall short of the results needed to limit the rise in global temperatures to 1.5 °C. IEA’s latest report concludes that, even if all pledges are achieved, we still won’t reach the net-zero by 2050 goal.

Experts are united around the opinion that the net-zero goal can’t be achieved without a unified global approach canalized in two dimensions – first, massive deployment of renewable energy, and second, putting an effective end to the use of fossil fuels to lower greenhouse gas emissions.

The IEA provides a time frame for both stages. The massive deployment of all available clean energy technologies should start immediately and continue with a pace described as “installing the world’s current largest solar park roughly every day” until 2030. Furthermore, the investments in green energy have to double to around $4 trillion by 2030 and over 70% of the electricity should be coming from wind and solar power by 2050 if we want to increase our chances of reaching net-zero and controlling global warming.

As for fossil fuels, the Net Zero by 2050: A Roadmap for the Global Energy Sector report concludes that their exploration should stop today. The demand for unabated coal, oil and gas should decrease by 98%, 75% and 55% for the period 2020 – 2050.

Strong policy actions from governments should drive these two measures. IEA concludes that, without such, we might have to wait until 2090 to achieve carbon neutrality.

The global efforts should be based on greater international cooperation among countries to ensure access to financing for developing economies.

While every metric points out that net-zero by 2050 isn’t the most realistic scenario considering where we stand today but fortunately, the world holds its faith in its hands. We have the technology, it is getting more affordable by the day, and policymakers can benefit from extensive know-how. The only thing left is to be decisive and make the most out of the opportunities ahead. 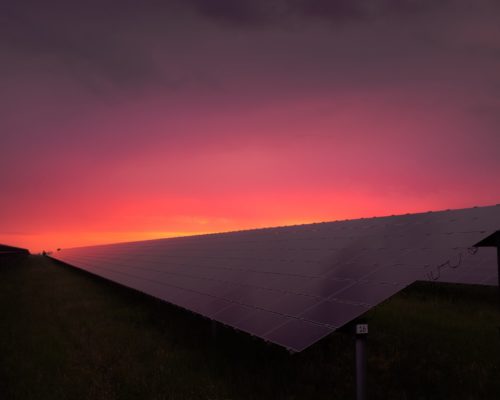