Vietnam has set a net-zero 2050 goal. The way forward includes a mix of renewable energy development and an eventual end to coal-fired power production. However, its plan to include liquefied natural gas (LNG) as a so-called "clean fuel" misses the mark.

In November 2021, Vietnam announced a target to achieve net-zero carbon emissions by 2050 during COP26. Adding to that pledge, the government in Hanoi set its net-zero targets into law the following July.

Vietnam has also increased its non-hydro renewable capacity targets in its Power Development Plan 8 (PDP8) from 9.4% to 21% of total installed capacity in 2030.

It has also taken the lead in solar power development among the Association of Southeast Asian Nations (ASEAN) members. New capacity reached an estimated 17.6 gigawatts (GW) in 2021.

Following its successful solar power development, Vietnam has also been starting to develop its onshore wind power sector. The country is ripe with opportunities for offshore wind, given Vietnam’s extensive coastline.

However, there’s one caveat in Vietnam’s ambitious COP26-inspired net zero goals: liquefied natural gas (LNG). The country will include LNG, which it considers a “clean fuel,” in its plans to clean up its carbon emissions.

The super-cooled fuel, which just a decade ago was considered to be clean, is a major polluter. It emits around half the CO2 of coal, the world’s dirtiest burning fossil fuel.

Even worse, it also emits methane. Methane is problematic, since it is more than 25 times as potent as carbon dioxide at trapping heat in the atmosphere. This is a problem that COP26 addressed, resulting in the Global Methane Pledge.

In February 2020, the Politburo, Vietnam’s highest-level policy-making body, set forth a specific objective to “ensure the capacity to import 8 billion m3 of LNG by 2030 and 15 billion m3 by 2045”.

Hoang Tien Dung, director of the Electricity and Renewable Energy Authority (EREA) spoke on the country’s transition to LNG.

“Transition to LNG gas thermal power is an inevitable and irreversible trend while Vietnam has limited primary energy sources and already made strong commitment at COP26,” he said last May.

Since then, however, the government has been considering the feasibility of gas-fired power projects for further review. This included a reference to reducing the capacity of imported LNG power sources in the period towards 2030.

Yet, more can be done, including eliminating the country’s new LNG infrastructure and gas-to-power development. Both LNG’s environmental impact and its cost trajectory demand such action.

The fuel has been on a wild pricing ride over the past few years. It reached multi-year lows during the COVID-19 pandemic in early 2020. Prices even dipped below USD 2 per million British thermal units (MMBtu).

Prices found support during the following winter season amid colder temperatures in the Northern Hemisphere and a gradual reopening of major LNG importers.

At one point, the fuel touched just south of the USD 70/MMBtu price point before paring gains. It has been trading in the mid to upper USD 30s since then. The prices are still historically high for this time of year.

As such, both LNG supply and LNG prices are forecast for more headwinds over the next several years, which will increase electricity prices.

LNG’s destructive environmental footprint and its high cost will continue. Therefore, Vietnam must continue ramping up its renewables sector, including both solar and onshore and offshore wind.

Currently, wind power makes up only 1% of Vietnam’s electricity production.

However, Vietnam’s installed solar capacity has doubled in recent years, rising mainly due to the massive development of more than 11,000 MW in 2020. Since then, solar power development has trended downward. Some pin this on the government’s generous feed-in tariffs (FIT), which were replaced with a less attractive FIT in 2021.

Yet, Vietnam’s renewables development has also slowed due to massive grid curtailment, a common problem for countries that quickly bring projects online before updating and modernising their respective electricity grids.

PDP8 includes several grid curtailment remedies, including a focus on smart grid development and the use of digital technology to manage supply and demand.

It also proposes a mechanism encouraging the development of tools to provide flexible services, such as battery storage.

Battery storage systems are emerging as a key solution for effectively integrating high shares of solar and wind renewables in power systems worldwide.

These measures taken by the government and private domestic entities in opening up grid enhancement to foreign direct investment (FDI) should also be part of Vietnam’s net-zero solution. 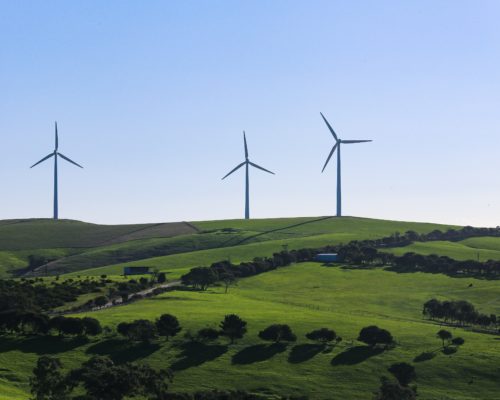