Greenwashing is found in small and large companies alike, yet the impact is still the same. It erodes customer confidence in sustainability and allows negative environmental impacts. To better combat climate misinformation, it is important to look at, and understand, some of the most prominent cases.

With a global push underway to reduce carbon dioxide emissions and fight climate change, the term “greenwashing” is becoming a common adjective for the actions and “environmentally-friendly practices” of many significant companies and fashion brands. Greenwashing examples are everywhere. But, what is it exactly?

A company accused of greenwashing is under scrutiny for falsely claiming that it is more environmentally friendly than it really is. There is tangible proof of these misleading practices in some instances, such as with Volkswagen, Walmart or the aviation and fossil fuel industries.

Greenwashing is pervasive in everyday business. Consumers are becoming more aware of the environmental impacts of their actions. This leads global markets and companies to actively shift towards taking action to combat their impacts on the environment.

However, greenwashing is still present despite the transition to a cleaner future being well underway.

Why Do Companies Greenwash?

Different companies, industries and governments actively participate in greenwashing to a certain extent. Often, this is a bid to meet the demand for sustainable solutions without altering the current status quo.

It can be easier to identify some industries. For example, the fossil fuel industry has often rebranded itself as “green” and environmentally friendly by pushing the idea of “clean coal” or promoting natural gas as a sustainable energy source. Likewise, the carbon offsets that aviation companies charge as an option for clients are known to have minimal environmental impact.

Below, you will find some of the most prominent examples of greenwashing companies 2022.

In 2019 the fast-food giant put forward a campaign to reduce the number of single-use plastics present in its stores. The main focus was to replace all plastic straws with recyclable paper alternatives. The campaign was hugely successful in painting McDonald’s as a key stakeholder in reducing plastic waste and embracing sustainable solutions.

However, its new paper straws are not recyclable, and their sourcing and manufacturing have raised different sustainability questions. This has led to public pushback on the campaign, but McDonald’s continues to roll it out. Now, the company is looking at other alternatives, like replacing its straws with sippy lids. However, the company will still end up using plastic to make the sippy lids. Advocates for reducing plastic pollution are putting forward simpler options, like not using lids or straws but instead drinking directly out of the cup.

Shell has had to fight several court cases in the Netherlands due to greenwashing as a global fossil-fuels powerhouse. The gas and oil company has repeatedly launched campaigns and interviews describing itself as committed to global net-zero programs, reducing carbon emissions and helping the world fight global warming and shift to renewable energy. However, several reports show that Shell has continued to explore new opportunities for oil and gas production. And it has only devoted 1% of its long-term investments to low-carbon renewable power.

The company has also refused to expand on how its economic portfolio aligns with global net-zero goals and has been vague about its actual plans to reduce its carbon emissions. Some experts see this as a sign that Shell has no intention to undertake decisive climate action outside of its advertising campaigns.

Car manufacturer Volkswagen was caught faking its emissions reports on several lines of its diesel vehicles in 2015. This led to several lawsuits and billions in fines. Keen on tapping into the growing pool of consumers interested in affordable low-carbon transport, the German manufacturer branded its new line of diesel vehicles as one of the most environmentally friendly options available, and it supposedly had the data to show for it.

For several years, its vehicles were considered some of the lowest emitters in the combustion-engine market.. Until the US Environmental Protection Agency realised that the cars produced up to 40 times more emissions than advertised. Volkswagen denied falsifying its data and misleading the public, saying it had misunderstood the testing requirements.

In one of the more famous, long-running greenwashing cases, Sea World is under scrutiny for the mistreatment of its killer whales. The marine park chain denies these claims, explaining that it actively ensures the happiness and well-being of its captive killer whales. A major attraction for its sites, killer whales are a core component of Sea World’s business operations. Sea World has said this relationship has no impact on how it assesses greenwashing claims.

However, as several reports from activists, green groups and non-governmental organisations show, Sea World’s killer whales are in poor health, exhibit signs of mental strain, and live in conditions that are not good for their well-being. Sea World repeatedly denies calls to release its captive animals.

The American soda company Coca-Cola was recently accused of greenwashing in two different cases. First, it promoted its new line of the low-sugar version, Coca-Cola Life, as a “green, healthy alternative”. Second, the company claimed that it is committed to reducing plastic waste.

In both cases, consumers have seen through the greenwashing. After nutritionists highlighted that the beverage still wasn’t healthy, Coca-Cola Life disappeared from the shelves. The low-sugar label misled consumers about the total content that was still present in the bottle. Likewise, Coca Cola went to court over its plastic waste claims, with the company being named one of the world’s largest plastic polluters.

With a firm hold on the coffee pod market, Nespresso reassured concerned consumers that its single-use coffee pods were recyclable, painting them as a high-quality, eco-friendly coffee product. Several other pod manufacturers repeated these claims, including Keurig, who insisted that customers could throw out their pods with their regular recycling.

Unfortunately, this is not entirely true. While the pods are recyclable, they need specialised centres and non-standard equipment to process. Keurig was sued for its false advertising and had to change the wording of its advertisements. Nespresso started its recycling program that puts the onus on the consumer to do the right thing, as the consumers must bring back their used pods to a Nespresso dealer.

Walmart recently put forward plans to shift to a low-carbon operating model. This shift follows similar moves by other competitors, as companies have become more aware of their carbon emissions. Keen on keeping up with sustainability trends, Walmart explained that it would endeavour to make its store locations low carbon.

However, the framework the company put forward was lacking. The bulk of the retail company’s emissions comes from its supply chains, involving processing, manufacturing and transport, and not its physical locations. Walmart has not indicated any interest in reducing indirect emissions. While Walmart has chosen to follow its competitors, it has not developed an effective emissions reduction plan. Many people view this as greenwashing by a major company.

Seafood restaurant chain Red Lobster prides itself on sustainably sourcing its produce and advertises its seafood as ethically caught in environmentally friendly ways. These claims are at the centre of a class-action lawsuit in the United States. Plaintiffs have evidence that shows the company’s unsustainable and harmful fishing practices.

Red Lobster’s suppliers have previously been found guilty by a US district court for violating the Endangered Species Act (ESA). Their activities were negatively affecting populations of the endangered North Atlantic right whale. As a result, the supplier had its sustainable fishery certificate revoked. This directly contradicts the chain’s marketing, which states that its products are sustainable.

Their sunscreen has avobenzone and octocrylene, which cause coral bleaching and are toxic to other marine life. As such, claims by Banana Boat that its range of sunscreen is “reef-friendly” are being challenged. The initial claims of greenwashing led to a reassessment across the industry. Several sunscreen manufacturers are reviewing the components of their products to ensure that they are not misleading the public.

Unilever made a series of commitments, including collecting and processing more plastic packaging than it sells by 2025.

However, an investigation by the Global Alliance for Incinerator Alternatives (GAIA) into Unilever’s sachet recycling efforts in Indonesia found that the widely celebrated recycling programme for sachet waste was, in fact, based on a controversial method of chemical recycling. It was stopped abruptly after just two years.

Unilever’s sachets consist of various materials that make them impossible to recycle or reuse. But they continue to be adamant about using these sachets. It even launched a public relations campaign which promised the creation of a technology that would be “a radical recycling process that could address the billions of plastic sachets produced by a wide range of industries.”

Despite that, Unilever has climbed the ladder to become the third biggest plastic polluter. Currently, it is among the funders of a massive incineration operation on the outskirts of Jakarta, Indonesia, partnering with SBI, one of Indonesia’s largest cement makers.

The impacts of such projects across Indonesia are massive. An estimated 10 million people who live in the capital are already struggling with the problem of excessive plastic garbage that clogs storm drains and litters the slums and the shoreline. The project adds to the already dirty air of the city. Indonesia is also the second biggest ocean polluter after China.

A campaign recently launched by Quit Sachet is pushing Unilever to stop supporting socially unjust false solutions that pollute communities and the climate.

Public and Private Response to Greenwashing Practices and Environmental Benefits

The greenwashing examples above are just some of the types of greenwashing practices that mislead consumers. From vague claims to faked data, greenwashing is more present in our everyday lives than many realise. This is leading to more industry awareness across the board. As a result, organisations must investigate and report on corporate sustainability claims. Then they should aim to promote genuinely sustainable companies and call out those that are not.

Environmental claims of the companies and fast fashion brands must be proved. Consumers are becoming more aware of greenwashing and are demanding more sustainable solutions than ever before. While this is driving real change, it also provides opportunities for unscrupulous companies to continue to profit from unsustainable practices solely through marketing and advertising. 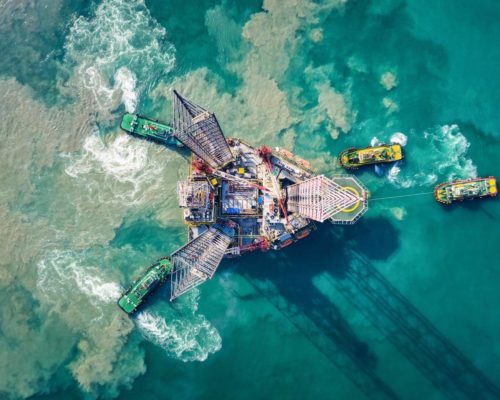