"China Syndrome" by Bret Arnett is licensed under CC BY-NC-SA 2.0

Once the final bastion of coal power, Asia’s coal power sector has witnessed wave after wave of coal power plant cancellations. China’s recent pledge to “not build new coal fired power projects abroad” is poised to trigger one more wave that will likely spell the end of new coal construction in the region.

While the exact scope of China’s pledge remains unclear, if all pre-construction coal power plants in Asia dependent on Chinese support are cancelled, it will leave only 28 coal projects in the planning and permitting phase in just eight countries  (Bangladesh, Indonesia, Laos, Pakistan, the Philippines, Sri Lanka, Thailand and Vietnam). Excluding India and China, the cancellations would mean coal power plant proposals in Asia will shrink by two-thirds, from 65 gigawatts (GW) to just 22GW. Of the remaining 22GW, less than a third have secured finance, meaning the future of these projects is also uncertain.

China’s recent pledge solidifies a global financial trend away from coal, as several private and governmental institutions, most notably from Japan and South Korea followed by all G20 countries, have made similar announcements. In the face of dwindling direct financing for new coal plants, new coal projects will likely require significant government subsidies and private domestic financing to get built.

Yet, most domestic banks in Asian economies are not sufficiently capitalised to fund new coal projects without international lending, and many of the major banks already have policies prohibiting them from financing new coal plants. With all G20 countries now committed to ending public finance for overseas coal power development, it is likely that most if not nearly all of the 65GW of proposals will face cancellation in the coming years.

For some countries, such as Bangladesh and Pakistan, the impact of China’s announcement is substantial, with nearly all coal-fired projects facing cancellation. China’s withdrawal could lead to eliminating at least 65% of the pipeline and the cancellation of projects in the recent RUPTL (National Electric Supply Business Plan) power plan in Indonesia. . Any remaining projects likely to move forward are those with captive plants linked to industrial facilities in growing sectors like nickel. The Philippines would be less heavily affected by China’s announcement but are already facing increasing difficulty getting the remaining plants funded.

Recent announcements at the COP26 climate talks from national governments also raise questions about new coal plants’ future. Vietnam and Sri Lanka joined the ‘Global Coal to Clean Power Transition Statement’, pledging to scale up the deployment of clean power generation and phase out coal power by the 2040s. Indonesia and the Philippines also signed the statement but excluded clause 3, stopping short of a pledge to halt new, permitting, construction and direct financing for new unabated coal power projects; both countries have expressed that accelerating coal phase-out into the 2040s would be conditional on international financial and technical assistance. In addition, new Paris climate pledges (NDCs) in Vietnam, Thailand and Indonesia strive for carbon neutrality, raising questions about the future of new coal power plants. To meet such targets, coal plants would need to be phased out over the next few decades before the end of their useful life, resulting in losses and stranded assets. Meanwhile, Bangladesh is reportedly considering cancellations of six planned coal power plants, in addition to the ten coal plants already cancelled by the government earlier this year.

With several countries pledging to phase-out coal by the 2040s – or the equivalent conditional on financial support – building new coal capacity will be incompatible with these carbon-neutral pledges and other climate commitments. It also makes little financial sense as the price of new solar and wind projects continues to drop to a point where it is cheaper throughout much of the world to build new solar and wind power than to generate power from existing coal plants.

There are approximately 43 GW of coal projects in construction across the region. These projects are already unneeded and risky to build in the face of unpredictable fuel costs, environmental and health concerns, existing fossil fuel overcapacity on grids, and related subsidy payments — all reasons for national governments to cancel all additional coal projects before they enter operation. This would allow a redirection of capital that host countries previously earmarked for coal power development into the large scale deployment of renewables the region requires.

Isabella Suarez is the Southeast Asia Analyst for the Centre for Research on Energy and Clean Air (CREA), where she is responsible for leading the group’s research, strategy and capacity building in the region.

About CREA
Centre for Research on Energy and Clean Air (CREA) is an independent research organisation focused on revealing the trends, causes and health impacts, as well as the solutions to air pollution using scientific data, research and evidence to support the efforts of governments, companies and campaigning organisations worldwide in their efforts to move towards clean energy and clean air.

Christine Shearer is the Coal Program Director at Global Energy Monitor. She previously worked as a postdoctoral scholar in Earth System Science at the University of California in Irvine. 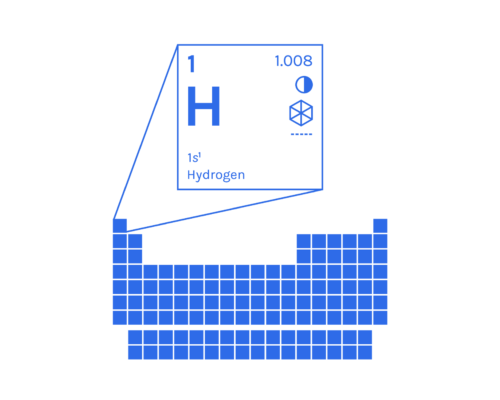