The IMF provides strategic funding to member nations in times of crisis. The global pandemic was one such crisis, and we expect climate-driven crises to increase in the coming decades. The IMF will need to create and implement economic policy to help countries through challenging events and natural disasters. Time is of the essence.

The economic impacts of climate change are beginning to reveal their burden on society. It’s well established that to sustain our natural environment and our future, we need to find cleaner energy sources to mitigate the climate risk. We’ve found those sources, but their cost has become a roadblock for their implementation on a large scale.

“Renewable energy is too expensive,” proclaim the green energy sceptics. Costs are coming down for renewables, but some forms of clean energy are not yet economically viable.

However, data is emerging that states that perhaps the cost of inaction is higher than the upfront costs of clean energy. It is easy to look at oil prices, compare them with an expensive renewable source like green hydrogen and surmise that oil is the cheaper option. On face value – yes, it appears that way. However, we need to look at the system as a whole to provide us with a real answer.

An influx of new reports suggests that severe climate events are a major contributing factor to inflation. To mitigate the economic effects of climate change, combined with the strains felt by the global pandemic, the International Monetary Fund (IMF) began issuing reserve money to its member countries. It is a nice gesture, but the countries most in need are receiving less than their fair share.

What Are the Economic Impacts of Global Climate Change?

The 2021 heatwave in western North America, which scientists say was virtually impossible without the impacts of climate change, caused hundreds of deaths, hospitalizations and severe illnesses.

Findings from the analysis of the July 2021 floods in Western Europe, which were responsible for more than 200 deaths, have concluded with high confidence that human-induced climate change played a significant role in sparking the disaster.

The toll that extreme weather events like these take on human lives and human health is horrible. Death, disease, injury and illness are immediate medical hazards of these disasters. Access to clean drinking water, food, shelter and first aid can all be hindered in the aftermath of such events.

Growing bodies of research show that on top of humanitarian emergencies, extreme weather events are also generating shocks to the world economy.

The Financial Times also reports that “food prices remain high into 2022 on shortages due to extreme weather.” The impact of climate-induced inflation is limited in advanced economies, but the effect can be substantial in developing economies and persist for years.

Adding to the impact on food prices, climate events also generate a shock to the energy market. Many factors cause fluctuations in energy prices, ranging from geopolitical events to supply shortages. But ultimately, human-induced climate change compounds the problem.

Some people like to blame carbon taxes on the rising costs of energy. However, research shows that carbon tax prices play a limited role in price fluctuations and have a marginal impact on energy prices, according to the EU’s climate chief. To alleviate the impacts of inflation, the IMF has stepped in to provide countries with added funding. While undoubtedly helpful, the funding has been met with criticism.

How Is the IMF Alleviating Economic Impacts?

The IMF uses Special Drawing Rights (SDRs), a reserve-like currency, to provide financial support in times of crisis. The size of the recent SDRs issued was USD 650 billion, and the consensus is that it provided some much-needed relief at a difficult economic time.

That said, there is some criticism of the unequal distribution. Most of the USD 650 billion went to wealthy countries that arguably need the least money. Funds are distributed based on IMF quota shares. The more a country contributes to the IMF, the more money it receives.

In the deployment of SDRs, only 3.2% of the money (USD 21 billion) went to low-income countries. It could be said that low-income countries can generally do more with less, but they are also in the most need of international support in times of crisis.

To appease the critics, the IMF has proposed a USD 50 billion Resilience and Sustainability Trust (RST) to divert some of the SDR funds intended for rich countries to low-income and lower-middle-income countries.

The V20 is calling for more inclusion of their multilateral and regional development banks in the RST’s design and decision-making processes.

The climate crisis is pushing countries into economic uncertainty. Reducing reliance on fossil fuels is one way to help. And international cooperation from multilateral institutions like the IMF will also contribute.

Asian countries are some of the most vulnerable to climate events. One surefire way to mitigate the economic impacts of climate change is to accelerate the transition away from fossil fuel energy and move towards more sustainable, cleaner sources.

Overall, reliance on the international community to provide relief can have uncertain outcomes. Help may come, but it could be sufficient. Renewable energy is the best way of reducing the negative impacts of climate change on the Asian economy. 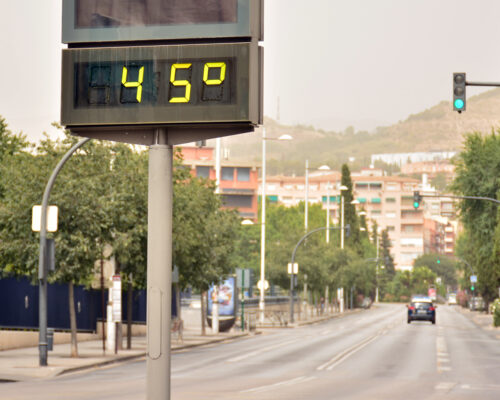