2021 saw some of the fastest growth rates ever for wind and solar. Simultaneously, coal remained a significant energy source in Asia and saw increased use in several countries. To reach the Paris Agreement's goals, renewables must continue to grow.

Wind and solar power made significant gains in new installed capacity and total energy generation in 2021, as Ember highlighted in a recent report. Wind and solar energy accounted for over 10% of all electricity generation globally. Total clean or renewable electricity, including biomass, hydro and nuclear, reached 38%, outpacing coal (36%) and natural gas (22%). Being responsible for a tenth of all power generation is a major feat for solar and wind power, especially when it made up only 4.6% of the world’s energy when the Paris Agreement was signed in 2015.

The larger share of electricity generation attributed to wind and solar power has resulted from increased demand for renewable power and capacity building globally. Electricity demand increased at the largest rate since 2010. This was spurred by rising electrification rates, continued urban development and a growing middle class in developing economies. To meet demand, these economies undertook new energy projects. While renewable sources and low-carbon options were favoured, coal and gas have remained prized energy sources despite new international policies aiming to reduce reliance on coal. This has led to a 7% increase in energy-related carbon emissions in 2021.

Coal remains a contentious energy source for developing economies instead of renewable energy sources, especially in Asia, where demand has not yet peaked. Last year there were many new records throughout Asia for coal energy consumption. Mongolia (+13%), India (+11%), China (+9%), Pakistan (+8%), the Philippines (+8%) and Kazakhstan (+6%) all increased their total outputs. Indonesia, which does not have data available, was also a major coal powerhouse in 2021. In comparison, although coal energy consumption increased in the United States, the European Union and Japan, it remained below 2019 levels.

However, while fossil fuels remain a major power provider for the region, Ember’s report points out that “most countries in Asia are seeing rapid demand growth, so although absolute coal generation is increasing, the proportion of electricity generated from coal is actually falling”. Meanwhile, Asian countries are taking significant strides in adopting clean energy and energy efficiency. China, Japan, Mongolia and Vietnam have generated over 10% of their energy from wind and solar power alone. Additionally, Vietnam shifted 8% of their total demand from fossil fuels in just the last two years.

The Outlook of Renewable Energy for the Future

The increase in the world’s total capacity is an encouraging sign for global low-carbon targets. Solar rose by 23% and wind by 14% in 2021. With more renewable energy production projects in the pipeline, these numbers are sure to increase. To maintain the Paris Agreement’s goal of limiting global heating to 1.5 degrees Celsius, wind and solar power capacity must increase by 20% every year until 2030. Setting up more wind turbines and solar panels projects are necessary. More investment in wind and solar farms should be the priority. Ember believes this is in line with current growth patterns. Rapidly developing regions like Asia are integral to the global energy transition. Meanwhile, all indications are pointing towards a continued investment into its low-carbon power sector.

Reducing fossil fuel production and use is difficult for countries with high energy demands and historically fossil-fuel reliant industries. However, solar, wind and hydro rise have made it easier, especially with grid-scale energy storage. Batteries can reduce the intermittency of renewable energy while storing vast quantities of power, providing grid stability. But, as explained in the Ember report, other clean energy sources, like biomass and nuclear, should be further explored as alternative options for relevant energy programmes.

While biomass and nuclear energy are low-carbon, they are far from being on the same level as other renewables, and they carry their own risks. For regions like Asia, biomass is not as attractive as the easily installable wind and solar power infrastructure. The limited amount of installed nuclear capacity in the region means it would take decades before power plants would become operational. This does not line up with the 1.5-degree – Celsius timeline. The hope for continued economic growth and power generation in Asia rests in renewables.

While coal continues playing a significant role in electricity generation, it is losing ground to wind and solar power. Developing regions with increasing power demands like Asia highlight the need to increase overall energy generation capacity and integrate renewables. Major financial firms have already indicated a shift away from financing coal and other fossil fuels to support large-scale renewable projects, which will become more popular throughout the decade. 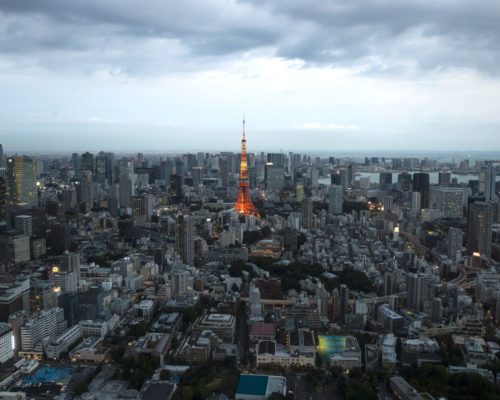