Floating solar panels are increasing in popularity as a solution to the limited amount of solar-viable land and increasing renewable energy targets. Solar energy production must be increased to reduce carbon emissions and increase sustainable energy capacity.

What are Floating Solar Panels?

Floating solar panels are panels that are mounted on a floating platform. They are usually more expensive to produce than traditional solar panels, but they have the advantage of being able to be positioned anywhere there is enough sunlight.

The Efficiency of Floating Solar Panels

Because of the cooling effect of the water, Solar panels on a floating structure perform better and are considered more effective than conventional rooftop solar panels.

Floating solar PV (FPV) is an emerging and increasingly viable application of photovoltaic (PV) technology. Entire systems can be placed on water bodies, such as lakes, ponds, or reservoirs. The deployment of this technology is accelerating, with global installed capacity up from below 1 MW in 2007 to 1,314 MW in 2018. Estimates project this will reach approximately 13,000 MW by the end of this year.

Despite growing commercial viability and market interest in FPV, it is still a new, developing technology. Potential adopters remain concerned about it, as well as its benefits, the advantages of using it in hybrid systems (e.g. with hydropower) and how to analyze the technical potential. There are still apprehensions regarding its feasibility and how much return on investment (ROI) it offers after installation.

As a result of this mismatch between population and land area, many countries are seeing high land costs and constraints on land availability. This makes it undesirable to develop large-scale solar and wind farms in desirable areas. Unfortunately, solar and wind farms need specific conditions to be cost-effective and efficient. This means that pushing their development towards remote areas is not always possible.

Looking beyond standard solar and wind, there is a growing prevalence of hydropower paired with reservoirs. Reservoirs not only provide irrigation and drinking water, but as of 2019, hydropower was providing close to 16% of the world’s energy. These circumstances have created an ideal opportunity for FPV market growth in Asia.

This new emerging technology provides a route for Asian countries to meet their net-zero goals. According to a study, floating solar panels paired with hydro could provide close to 40% of the world’s energy needs. Furthermore, putting solar on water bodies will avoid land-use conflicts, which are becoming all too common in Asia. Another important consideration is that FPV boosts PV efficiency due to the temperature-regulating effect of water and minimal shading. Alternatively, the water body benefits from reduced algae growth and lower evaporation.

Another significant benefit of applying floating solar panels to existing reservoirs is that they can easily tap into the hydropower facility’s existing infrastructure and transmission lines. This significantly cuts capital costs and reduces the direct environmental impacts and associated emissions.

Furthermore, the two technologies balance each other. Solar power potential rises during dry seasons, while rainy seasons are best for hydropower. At a hybrid FPV/hydroelectric plant, operators have a built-in energy storage system by using excess solar power to implement pumped hydropower storage.

Due to its possible success, several countries in Asia have seen a rapid boom in the technology’s adoption.

Interest in FPV is growing due to competing land-use pressures, climate goals, clean energy, energy security and the additional benefits associated with this emerging technology. We expect FPV technology to play a significant role in the global energy mix and be a key variable in the land-starved Asia. 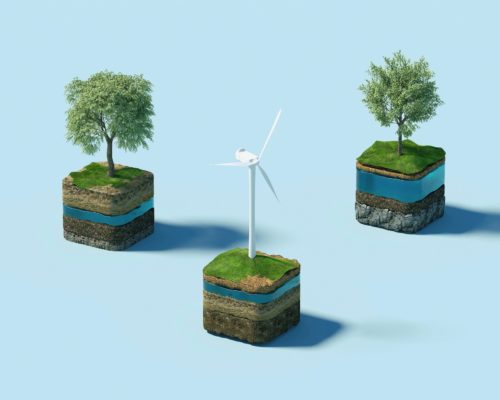