June was the month when the new Power Sector Master Plan in Bangladesh should have been introduced. The public anticipated the plan because it should have addressed the country’s power generation overcapacity issue. However, the PSMP had been delayed, and Bangladesh is now back to the drawing board. With eyes set on a renewable energy future but feet stuck in a fossil fuels-dominated energy sector, Bangladesh has vital decisions to make. Adequately addressing the excessive power capacity can speed up the renewable energy revolution for the nation.

History of the Power Generation and Overcapacity Problem in Bangladesh

Four decades ago, only 13,000 people, or 0.016% of the population in Bangladesh, had electricity. In 2000, the share increased to 20%, while in 2019, it hit 94%. The remarkable growth created an overcapacity problem that remains unaddressed to date.

Overcapacity – when the power sector cannot sell as much as its power plants can produce.

The problem is partially due to fact that the power generation plans from 2010 and 2016 overestimated the power demand by a wide margin. As a result, Bangladesh built far more capacity than needed. The worse part of the problem is that the electrification progress was thanks to building more fossil fuel power plants.

Alternatively, the country didn’t equally invest in diversifying and bolstering its power generation grid infrastructure. According to estimations, since 2009, the government has invested US $15b in electricity generation against just US $2.6b in distribution and US $1.5b in transmission.

As a result, the local grid is now insufficient to transport electricity, and many power plants are unused.

According to estimations, the country already has excess power generation with only 43% capacity utilization in fiscal 2018-2019. This is way over the 25% reserve capacity the current Power Sector Master Plan (PSMP) aims for.

Projections show that Bangladesh’s total electricity generation capacity is around 25 GW. The daily demand is approximately 13 – 13.5 GWs in summer, dropping down to 8.5 GWs in winter.

Forecasts show that the utilization rate might soon drop below 40%.

Under its contractual obligations, the Bangladesh Power Development Board (BPDB) has to pay a fee to power plants even when they remain unused. This results in US $1.1b capacity payments for unused power plants. Furthermore, it negatively affects government subsidies and electricity prices for consumers.

The implications of the overcapacity problem will be further exacerbated by the expected coal-to-gas switch in the country (you can learn more about it here in our dedicated article).

The PSMP in Bangladesh can solve the problem. With the introduction of the right mechanisms, the framework can simultaneously address the problems with overcapacity and expensive energy.

According to IEEFA, the plan should align with the government’s Eighth Five Year Plan, which acknowledges Bangladesh’s power overcapacity problem and fossil fuel-related issues. Furthermore, it provides solutions to address them and aims to drive net-zero transformation.

While the government’s focus is slowly shifting to renewable energy and financial sustainability, the heavy exposure to coal and LNG remains. The latest signs by the local officials don’t give any clarity on whether the reliance on fossils is about to decrease.

The author of the PSMP in Bangladesh will be Tokyo Electric Power Company Holdings (TEPCO). The development of the plan will be backed by the Japan International Cooperation Agency (JICA), which funded the existing master plan. According to industry experts, if the new power plan targets funding for coal- and LNG-fired power, it will worsen overcapacity. Furthermore, it might lead to substantial power tariff increases for consumers.

Whether or not the PSMP will help solve the overcapacity in Bangladesh will become clear once the plan is official. The exact date for this, however, is unclear. The latest signs are that work on the plan is unlikely to begin within the current year. The reason is that no terms of reference (ToR) have been finalized with JICA, the funding agency, so far.

How Can Renewable Energy Help Address the Power Overcapacity in Bangladesh?

Bangladesh has no other choice than to seek ways to overcome the consequences of its overcapacity problem. These include frequent power cuts, national grid failures, higher energy costs, payments for power plants that sit idle, and more.

The main way to address the problem is by developing commensurate energy transmission and distribution networks. A major help in that regard would be a switch to renewable energy.

Renewables are small, fast to deploy, cheap, and easy to distribute across the whole national grid. Due to this, they offer a more manageable and sustainable path to meeting the country’s future power demand. Renewables also allow for adequate handling of the necessary upgrade of the country’s grid infrastructure, making the system more stable. A more reliable and efficient system based on energy economics means Bangladesh would need less reserve power.

In addition, a clean energy transition will decrease pollution and expand the electricity sector while also shield Bangladesh from energy price volatility.

No country with a sustainable energy sector policy will allow itself to reach a point where it generates 58% more power than it needs in the long term, as in the case of Bangladesh. This is a glaring sign that the country needs to embrace a different path.

According to IEEFA, to overcome this problem, instead of replacing the coal power projects with LNG, Bangladesh should consider using the land for renewable energy installations. A move like this can push down the cost of wind and solar in Bangladesh even further. It will also effectively address overcapacity by slowing down the per megawatt rate of capacity additions. From an energy economics perspective this makes sense.

With that said, the solution to the overcapacity issue in Bangladesh looks obvious. The question is will the country embrace it? 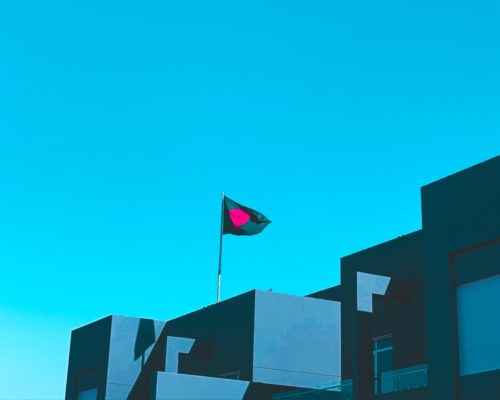