What started as a sharp post-pandemic rise in energy prices in mid-2020 has turned into a full-blown global energy crisis. How is this affecting the political stability of countries?

The world is going through a global energy crisis. Fuel costs affect many parts of daily life, including energy for heating and lighting, individual travel and commodities transportation.

The world is now facing a cost-of-living catastrophe. Millions of households are struggling to cover basic needs after energy prices spiked to levels not seen in decades.

Is There a Global Energy Crisis Today in 2023?

From Indonesia to the UK and Peru, people across the globe have taken their anger to the streets. As many as 92 countries witnessed protests against high fuel prices between January and September 2022. These include developed European countries like France, Spain and the UK.

In fact, not one of the five inhabited continents has been free of energy protests over the past year.

“What is unusual this time is that we are seeing protests in places that are usually not prone to protests,” Henry Wilkinson, chief intelligence officer at security intelligence firm Dragonfly told the BBC.

With cost-of-living pressures, created by the global energy crisis, showing no signs of easing, frustration is brewing to a dangerous level. Difficult living conditions have already sparked unrest in many countries, threatening their political and economic stability.

Spain had to deploy more than 23,000 police officers during a truckers strike over fuel prices in 2022. Moreover, in Greece and France, workers, including farmers, taxi drivers and construction workers, blocked roads to protest fuel prices.

The situation has been worse for developing countries, especially those dealing with issues like poverty and political instability. In Peru, five people died in anti-government protests sparked by rising fuel prices. And in Sierra Leone, stray bullet killed killed an innocent 16-year-old girl amid clashes between armed police and protesters.

Altogether, more than 80 people lost their lives during fuel protests in 2022, mostly in developing countries. Furthermore, 71 million people in the developing world fell into poverty between March and May 2022 due to soaring food and energy prices.

Of all 92 countries experiencing civil unrest over fuel prices, Sri Lanka went through the worst economic and humanitarian crisis. Still reeling from the pandemic that hit its vital tourism sector, the country sank into a deeper hole last year. For the first time in its history, Sri Lanka defaulted on its foreign debt, which had exceeded USD 56 billion.

With the rise in global inflation, millions of Sri Lankans could not afford food, cooking gas, fuel and medicine. People queued for more than 10 hours to buy cooking gas and petrol, and families skipped meals as food prices soared.

Bangladesh is facing similar headwinds. Thousands of protesters recently took to the streets to voice their anger at the brutal cost of living. Triggered by power outages and high natural gas prices, they  demanded the resignation of Prime Minister Sheikh Hasina and called for new elections.

A 2022 study found that the number of “new poor” in Bangladesh increased from 24.5 million in March 2021 to 30.9 million in May 2022. This represents 18.54% of the population. With limited purchasing power, many Bangladeshis have been compromising their dietary intake, cutting out protein and nutrient-rich foods.

Moreover, Bangladesh has been facing a decline in garment exports and remittance inflows, as well as dwindling forex reserves. From 2011 to 2021, the country’s foreign debt surged by 238% to USD 91.43 billion. Comparatively, Sri Lanka’s debt climbed by 119% during the same period. On top of these problems, Bangladesh is now dealing with high inflation and an energy crisis, which is slowing down economic growth.

The escalating energy prices could have second-round implications for the country, Bangladesh’s central bank recently stated. This will result in higher transport and electricity prices for people and businesses, it said.

Meanwhile, Indonesia saw more than 600 fuel protests in 2022, compared to 19 in 2021. Prices of subsidised petrol and diesel in the country jumped about 30% in September 2022. This came after the government cut fuel subsidies in an attempt to control a ballooning energy subsidy budget.

Teachers, students, workers, farmers and fishermen participated in the protests, saying that the hike would hurt many ordinary people.

Indonesia spent billions of dollars on subsidies to absorb the shocks of the energy crisis. Because of this, Indonesians paid only half of the actual price of gasoline in the first half of 2022. As the subsidies weighed on the government, it decided to raise gasoline prices for the first time in eight years.

Why Is the World Facing an Energy Crisis?

Crude petroleum was cheaper during the pandemic as economic activity slowed down. However, as life returned to normal, global demand increased and outpaced the energy supply, which pushed up prices.

After Russia’s invasion of Ukraine, the ban on Russian oil and gas imports created fierce competition over non-Russian fuel, leaving poorer nations out. Then came the US dollar appreciation, which made oil and gas even more expensive for other nations.

Consequently, the cost-of-living crisis will continue to put a strain on vulnerable families. Mounting discontent is already causing social upheaval and political challenges for governments.

Unless developing countries improve their energy security and make fuel more affordable for their people, they risk going down the same path as Sri Lanka. 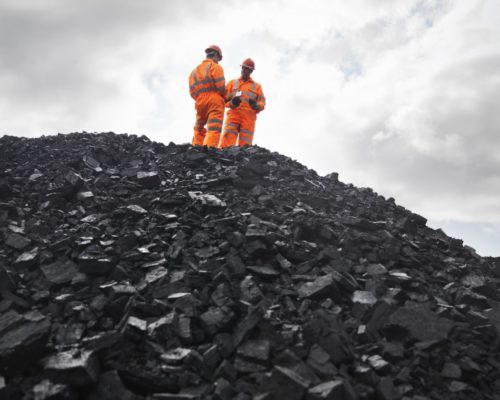