South Korea aims to achieve net-zero by 2050. The key to succeeding lies in enabling its world-leading industry to decarbonise at scale. While some companies are already making progress on that front, others hesitate. But the time for this is long gone.

South Korea is among the most innovative and prosperous countries globally. Yet, its renewable energy progress is stalling, and the country remains heavily dependent on fossil fuels. Although the government’s latest climate commitments are a bright spot, the question is how Korea’s industry will respond. So far, reactions are mixed.

Currently, renewables account for 6.4% of the country’s energy mix. This is the lowest share among all OECD members and the second-lowest between the G20. In a bid to change that, the government announced a 2050 net-zero target. It also introduced a Green New Deal and became the 14th country with a carbon neutrality law.

South Korea used COP26 to commit to reducing their carbon emissions by 40% from 2018 levels by 2030. It also stepped up and signed the Global Methane Pledge to see cuts in methane emissions by 30%. But that wasn’t all. The East Asian powerhouse also took the opportunity to commit to forest recovery and reforestation programmes abroad while reducing coal use and introducing a hydrogen economy roadmap.

While South Korea’s updated targets are admirable, according to Climate Action Tracker, an independent research group, they still lack meaningful change. Instead, they found that for South Korea to reach net-zero by 2050, it needs a 58% reduction below 2017 levels.

Currently, 13 South Korean companies are a part of the RE100 initiative. The new group aims to bring together businesses to commit to renewable energy. This includes some of South Korea’s largest companies. Industrial giant SK Group joined RE100 in 2020 and aims for a net-zero target by 2035. Soon after, LG Electronics enlisted in 2021 and stated that it would slash carbon emissions by 50% by 2030. Other enormous companies in South Korea rallying to the net-zero call include Posco, Lotte Chemical and Hyundai.

Samsung is arguably South Korea’s economic engine and has a history of green commitments. This includes pledging to join the RE100 initiative and a 2018 promise to power their operations in the US, China and Europe with 100% renewable energy by 2020. According to Samsung, they achieved this goal. Yet, a report by Greenpeace concludes that the company’s progress leaves plenty of room for improvement. Worksites in South Korea and Vietnam, which make up about 80% of the company’s electricity use, still rely on fossil fuels.

Activists at COP26 highlighted Samsung’s lack of effort and their 5% increase in carbon emissions in 2020. The company is now under pressure from institutional investors to make more significant environmental commitments through its businesses. That’s not all, as the companies reputation is on the line from competitors like Apple, who are moving well ahead with their carbon neutrality goals.

The companies that have pledged to carbon neutrality still have much work to do, with the latest Greenpeace report “Race to Green” finding gaps to fill. In a nutshell, South Korean companies still lack concrete steps on just how they’ll achieve carbon neutrality. Others lack transparency and are making questionable decisions.

For example, South Korea’s car industry seems somewhat hostile to change. The auto associations demanded that the South Korean government slow the shift to electronic vehicles to protect their diesel and petrol reliant cars. Seemingly the pressure paid off, and at COP26, South Korea refused to commit to a transition that would see 100% of car sales to zero-emissions vehicles by 2035. Perplexingly, this contradicts South Korea’s focus on greening transportation.

Many companies in South Korea consider updated carbon emissions targets radical and unrealistic. While they aren’t going back on their promises, it highlights frustration about a lack of alignment between government climate policy and industrial realities. This includes the current state of renewable energy infrastructure.

Despite all this, the net-zero pledges of South Korea’s top companies, Samsung aside, are a step in the right direction. With their global reach, South Korean companies can set an example for others to follow. And the rewards are bountiful, with investors and capital markets trusting that the companies are doing the right thing.

Despite the admirable clean energy commitments of the private sector, net-zero goals can’t be met solely by industrial efforts. A change should start from the top, with governments leading and the private sector following. However, what remains worrying is the South Korean government’s admission that even putting in place its targets in its updated nationally determined contribution will be challenging. And with presidential elections around the corner, South Korea’s climate policy may face further uncertainty.

Stronger government policy signals, clear renewable energy guidance, support and incentives to inspire firms to decarbonise at scale would be a start. But also punishing companies that refuse to make decarbonisation efforts or even goals would be a leap forward. South Korea and its companies need to get to work to make good on its claims. 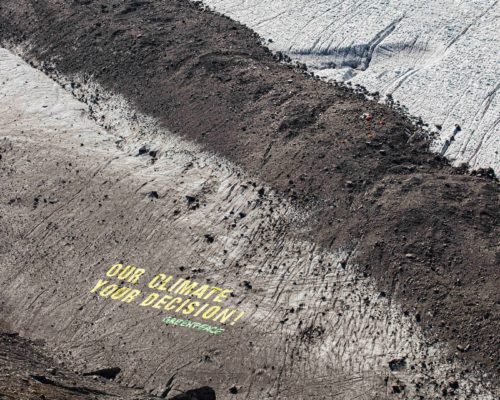