Climate change in South Asia has taken a hefty toll in 2022. While the subcontinent has always been prone to extreme weather events, the past year, 2022, was especially dramatic.

Causes and Effects of Climate Change on South Asia

Human-induced climate change had a major hand in South Asian countries climate related disasters. It increased their frequency, intensity and magnitude. The catastrophic events, like heat waves and floods in India and Pakistan, claimed thousands of lives, displaced millions of people and destroyed millions of acres of farmland. They also pushed countries like India to boost coal burning due to higher power demand during the heatwave.

India already depends on coal for almost 50% of its electricity generation. With few other alternatives amid the heatwave power crisis, the country quickly decided to increase coal-fired power generation.

Indeed, when events of such magnitude happen, the normal coping mechanisms fail even among communities used to extreme events, according to Ulka Kelker, director of the Climate Program at the World Resources Institute India.

“Even modern commercial mechanisms like insurance start to fail because the extent of the damage is so widespread,” Ulka Kelkar said in a podcast interview with Energy Tracker Asia.

Disasters of this scale should provide a wake-up call for urgent climate adaptation in those South Asian nations. But, while the case for climate adaptation is clear, it has received little attention compared to the mitigation of global warming. A new UNEP report acknowledged that global adaptation efforts remain too slow and insufficient.

Climate change adaptation and loss and damage finally received huge attention at COP27. But, the developing world expressed concern that the promise of developed countries to mobilise USD 100 billion every year by 2020 to the most vulnerable countries has yet to be met.

“It’s been a matter of a lot of disappointment and frustration over the last several years. A hundred billion dollars, of course, was meant to be a symbolic amount, and even that has not been delivered. So, it becomes all the more disappointing,” said Kelkar.

2023: A Turning Point for Climate Change in Asia?

The recent decision to establish a loss and damage fund for developing countries at COP27 was a monumental achievement. It means the issue has been added to the official 2030 Agenda for Sustainable Development. Importantly, the move will help re-establish a sense of trust between developed and developing countries.

However, questions are still lingering. How much money will go into this fund? Who will pay? And will it divert funds away from adaptation?

Kelkar noted that many countries and civil society voices have been trying to draw attention to the fact that it’s not enough to create a funding facility or a dialogue process and just leave it there.

“It’s important to empower that process, to give it teeth, to actually put money behind the funding facility and to quickly draw up plans to operationalise it and disperse those funds urgently to where the money is needed the most,” she highlighted.

India has been at the forefront of the decades-long conversation on loss and damage. In 2021, the country said it expects USD 1 trillion in climate finance over the next decade from developed nations. It also set this as a condition for delivering on its climate commitments.

Although fossil fuels are currently a big part of India’s energy mix, the country is betting big on clean energy. In the last eight and a half years, India increased its installed renewable energy capacity by at least 396% to reach 165.94 gigawatts (GW) in October 2022. This represents over 40% of its total power capacity – a goal it had set for 2030 but achieved in 2021.

India now plans to increase renewable energy capacity to 500 GW by 2030 to generate 50% of its electricity requirements. It also intends to reduce the emissions intensity of its GDP by 45% by the same year.

Meanwhile, the country’s investment in renewables hit record levels during the fiscal year 2021-22 to reach USD 14.5 billion. This was an increase of 125% over the previous year.

A Strong Voice for the Developing World

As the world’s second-most populous country, India has an increasingly important role to play in South Asia’s climate change action plan. Not only is the country becoming a voice for much of the developing world, but its clean-energy momentum could encourage reducing greenhouse gas emissions and decarbonisation across Asia.

“For India, I would say that the greater role is that of expressing solidarity with the least developed, most climate vulnerable countries,” said Kelkar.

“The issue is not so much of seeking loss and damage finance, particularly for ourselves [in India]. But really supporting this common cause that we have with our neighbouring countries in this region. And even with countries from Africa, the Caribbean and other parts of the world.” 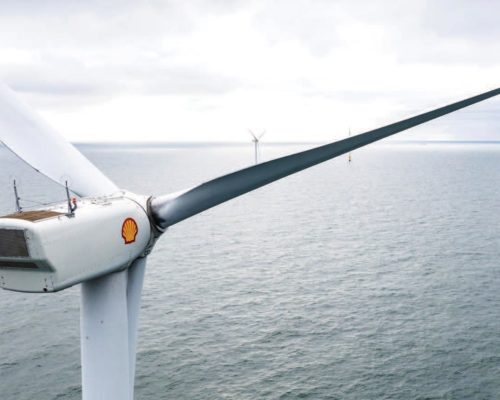